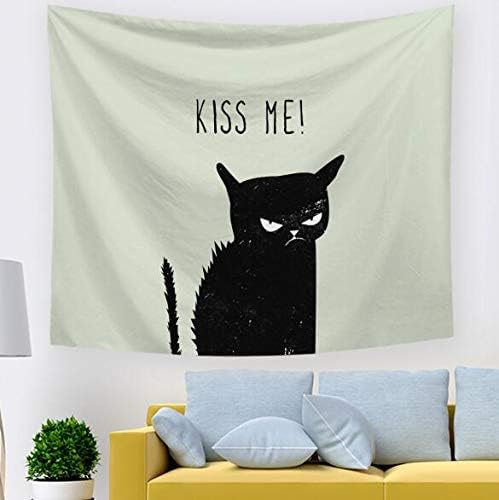 Features: Genuine Material with Neat Edges: The tapestry is made of 100% polyester fiber, providing an elegant look and silky softness to the touch! More lightweight, comfy, skin-friendly and durable. With delicate hand sewing, the edges are neat and finished. This brand new piece of art will make complete makeover of your house. Unique Design with HD Printing: We adopts high definition digital printing. Featuring boho mandala, starry night,nature mountain, this tapestry looks more vivid, realistic and colorful. It will bring you visual enjoyment and happy mood. Such a piece of gorgeous art will perfectly decorate your home. Indoor amp; Outdoor Essentials: The durable tapestry is for both indoor and outdoor use. For indoor, it can be used as wall art, wall decoration, table cloth, curtain, room divider, yoga mat, ceiling decor. For outdoor, it can be used as a picnic or beach blanket, beach towel. As a gift, you won’t go wrong with our stylish tapestry. CARE GUIDE: Hand Wash amp; Machine Washable. Please use mild detergent with cold water. And for machine, wash under delicate cycle. Hang dry only, Do not iron, Don’t bleach. Do not scrub it hard and prevent sharp things and insolation. Considerate Gift: Our psychedelic tapestry will be a unique gift for your family, dear friends, even business partners. The unique design will bring them special surprise. Any questions, please do not hesitate to contact us. We will response all your e-mails within 12 hours with friendly customer service. Note: 1.Please allow 1-2cm errors due to manual measurement. 2.Due to the difference between different monitors, the pictures may not reflect the actual color of the item.

Actual colors may vary from those shown due to the nature of photographing and monitor color settings.